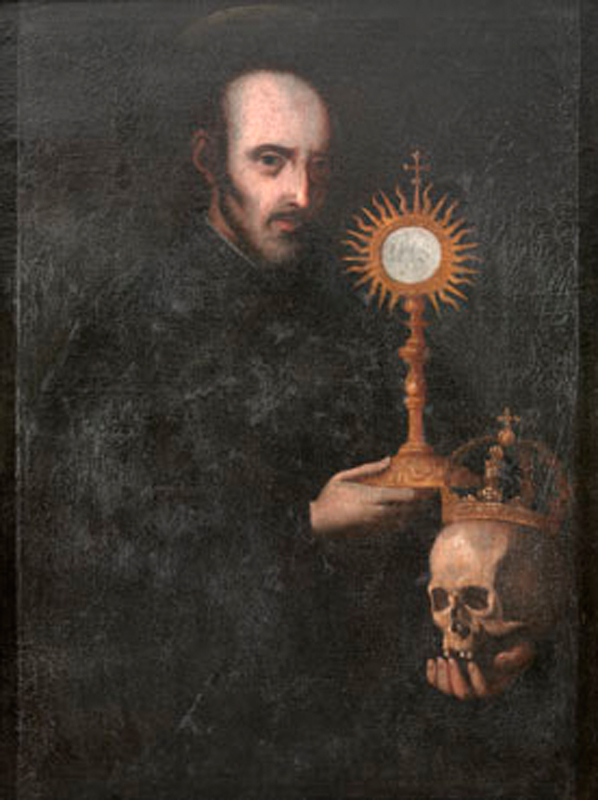 In this portrait of Saint Francis Borgia, he appears holding a skull with a crown. The skull is that of Queen Isabel of Portugal. Queen Isabel's beauty was greatly admired by Saint Francis, however, she died at a young age. Just before burring her body, the tomb was opened to corroborate her identity. Saint Francis was so deeply shocked at the sight of her decomposing skull that he considered that day as his religious conversion date. 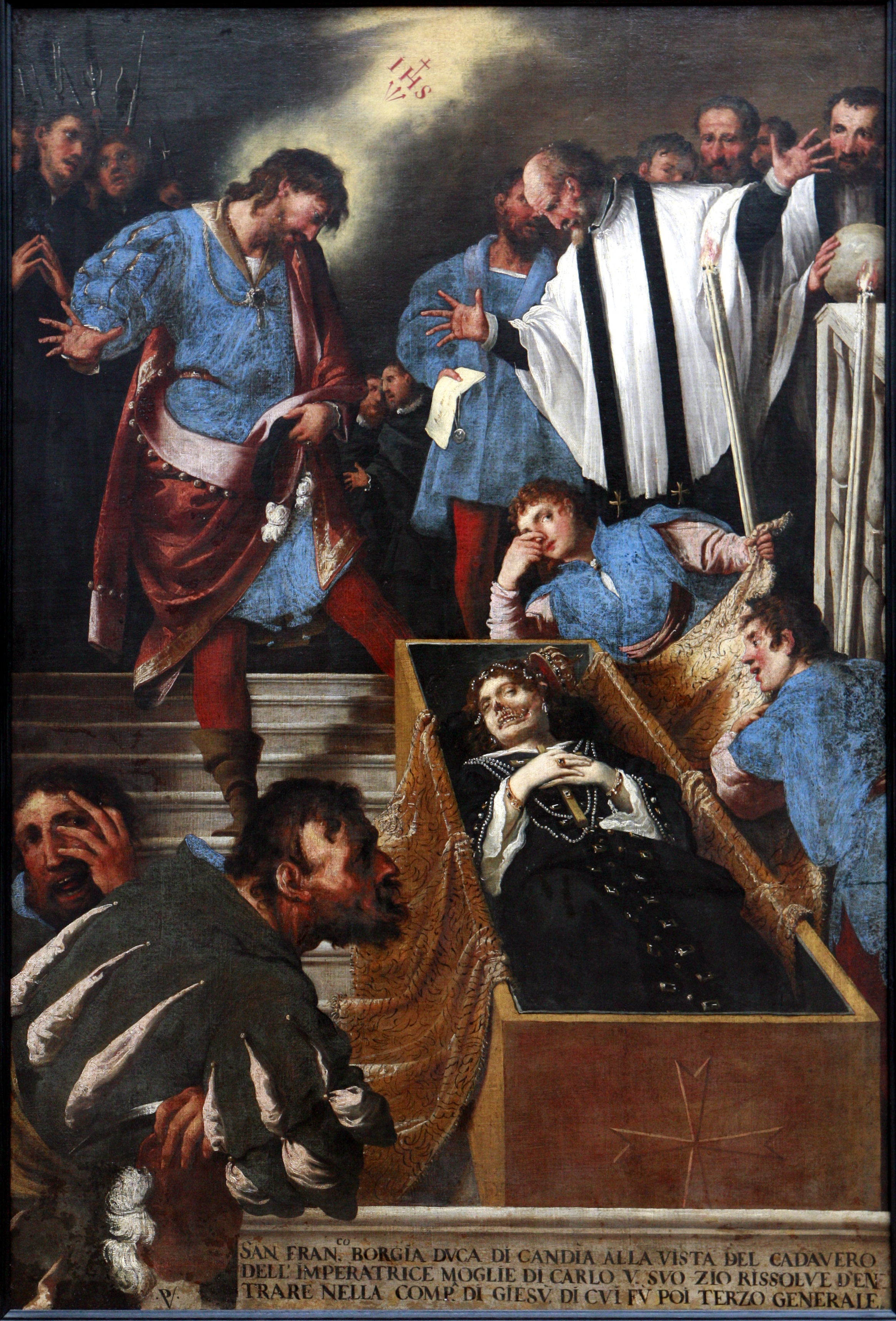 Gender perspective: One of the rare cases in which a skeleton is clearly identified as female. The crown and especially the popularity of the legend are the only elements that help the viewer make this gender identification.

There is a curious echo of three objects in this painting; the skull, the monstrance and the bald head of San Francisco Borja, which form a physical continuity through Borja's body. The monstrance, with the inscription IHS is a reference to his belonging to the Comapñia de Jesus, which uses these acronyms. The monstrance, with the symbolic body of Christ inside, occupies the position and role traditionally reserved for mirrors in the vanitas tradtion, predominantely used with female subject. In this case acts however as an intermediating "lens" that puts in perspective the skull representing dead queen Isabella of Portugal, Philip II of Spain's mother, whose dead body he convoyed according to the legend.

This item has no relations.